The medical commission of the Foundation was formed 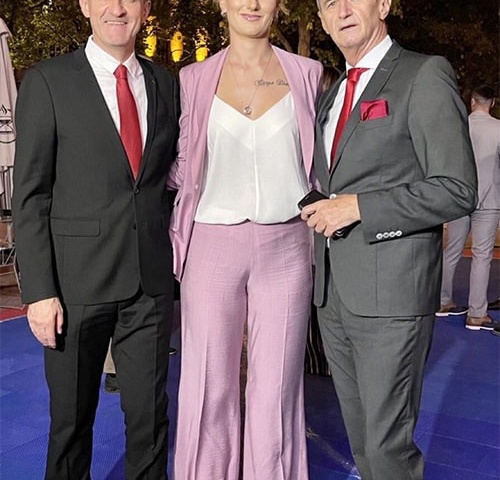 Last night, the film “Leap” had its ceremonial premiere in front of the Belgrade audience in the crowded Great Hall of the Kombank Hall. The date of the premiere was symbolically chosen, because Natasha’s accident happened on this day eight years ago. The entire film crew, led by Natasa Kovacevic, producer and screenwriter Aleksandar Miletic and director Ivica Vidanovic, paid tribute to the audience.

“I have to express my great gratitude to my now family friends from the Cinnesport production. Although it was hard sometimes, I really enjoyed this six-year adventure of ours and I believe that people will feel the love we brought into the whole project, “said the star of the evening and the main heroine of the movie” Jump “Natasa Kovacevic excitedly.

In addition to the central figure of the story, FFBB President Jean-Pierre Siutat, FFBB Director Goran Radonjic, representatives of the Ministry of Youth and Sports, Secretaries General of KSS and OKS Zlatko Bolic and George Visacki, Representatives of the Embassies of France and Hungary, Basketball Club President Jer Andras Fuzy and basketball legends of the Red Star and Partizan