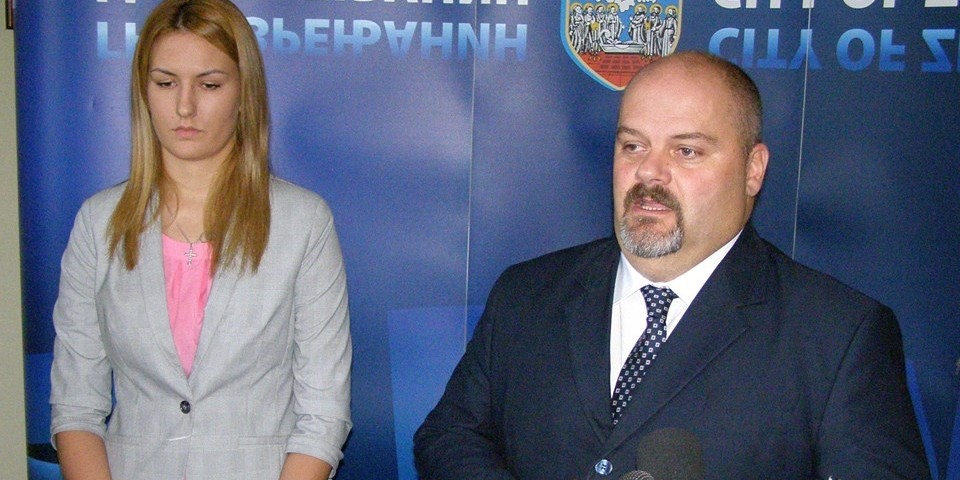 The delegation of the Foundation, led by Natasa, was received by the mayor of Zrenjanin Čedomir Janjic. The meeting was attended by Simo Salapura from the Sports Association of Zrenjanin and President of the Basketball Association of Vojvodina Darko Karan. The topic of conversation was position of women’s basketball in Zrenjanin .Čedomir Janjic and his colleagues have promised to increase the budgetary funds for women’s basketball club Sloboda 023 and that will help the cadet team of Proleter 023 in the Common cadet league of Serbia.

It was agreed that in the Crystal Hall in Zrenjanin on 2nd November at 5pm will take place an exhibition match between basketball women’s clubs Crvena Zvezda and Partizan, and earnings from the match are intended to Proleter 023.

Foundation delivers a donation for the junior categories to the President of the female basketball club Proleter, Dušan Marinov.

“Of course I accepted Natasa Kovacevic`s idea and I am glad that Zrenjanin will be host to such great basketball play between Red Star and Partizan. It is a good opportunity for our young fellow citizens to come and see how their older colleagues, because we are aware of the high ranking of Serbian women’s basketball in Europe and worldwide. “