Crowdfunding campaign to complete the movie about Natasa started 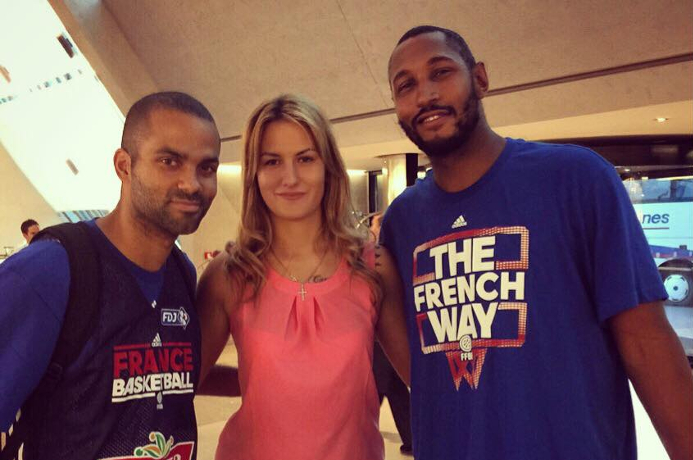 Crowdfunding campaign to complete the movie about an astonishing life and sport comeback of basketball player Natasa Kovacevic has just started.

Back us on Indiegogo – https://igg.me/at/filmSkokoNatasiKovacevic

On this page you can also see a trailer for the movie that was just released.

This campaign is unique because it consists of three segments:

Feature-length documentary “The Leap” is the story about the amazing comeback of a lifetime Nataša Kovačević has made, and also about her mission to rouse the fighting spirit and motivation of other people with similar fates to overcome seemingly insurmountable obstacles. This film is also a tribute to all those who have helped her to remain upright having lost her leg at the age of 19, and to accomplish a yet unseen feat in the history of sport. Her return to the basketball court meant more than all the great sport “comebacks” – it has made history and become and a source of inspiration throughout the world.

The film, in real time, follows Nataša’s comeback to basketball, the sport that formed both her character and that of her family. The following figures appear as protagonists of this film: French basketball players Tony Parker and Boris Dijao, former Serbian player Dejan Bodiroga, long-time Secretary General of FIBA Bora Stanković, President of the French Basketball Federation Jean- Pierre Siutat, Director for international relations of the French Basketball Federation Goran Radonjić, French national team selector Vincent Collet, doctors from the French Ministry of Defence (that is where the sport prosthesis /a leg for Nataša was made), the owner of the agency Interperformanses Luciano Capicchioni, representatives of the management of the Basketball Federation of Serbia, former goalkeeper of the football national team of Serbia Saša Stevanović, one of the best European women’s basketball players of all times Amaya Valdemoro, Marina Maljković, until recently selector of the Serbian women’s national basketball team, Nataša’s brother Ivan, her father Vukašin, several experts from Serbia and Europe (doctors, prosthetics experts, physical therapists…) who worked with Nataša, former French Ambassador to Belgrade, Christine Moro, Executive Director of FIBA-Europe Kamil Novak, eyewitnesses of the accident in which Nataša lost a leg (her co-players Milica Ivanović and Ana Laklot, managers, coaches)…

The second line of the film follows Nataša’s work in her Foundation and her mission to pay homage to France, where she found unconditional support in her most difficult moments (where a special sports prosthesis was provided for her). She comes up with the idea that a memorial be placed in the vicinity of the Embassy of France in Belgrade, together with the citizens of Serbia and France (and with the support of both countries’ basketball federations), a monument that would preserve the memory of the legendary figures of Serbian basketball and of the roots of French-Serbian friendship in the field of sport. The monument would represent the anthological picture of the Yugoslav national team with their selector, Frenchman Henri Hell, taken in Nice early in 1950, during the qualifications for the First World Basketball Championship. Henri Hell was the first professional (expert) coach to lead the Yugoslav national team (from1948 to 1950). In the film, we learn about the deep imprint he made on the development of Serbian basketball from long-lasting FIBA Secretary General Bora Stanković, recipient of Lifetime Achievement Award, whom Hell trained. The team that had been led by the French coach for two years, who eventually selected 12 players for Nice, went down in the history of world basketball as the only team from which four members of FIBA Hall of Fame (Geneva, Switzerland) derived: Borislav Stanković, Nebojša Popović, Radomir Šape and Aleksandar Nikolić. The four of them are not only the fathers of Serbian and Yugoslav basketball, but also the fathers of modern basketball in the world outside America. Stanković and Nikolić were also selected by the Naismith Memorial Basketball Hall of Fame (Springfield, Massachusetts, USA). All four of them emphasized that Henri Hell had influenced them decisively during their careers as basketball players.

The director of this film is Ivica Vidanović, and the screenwriter our renowned journalist Aleksandar Miletić, an authors’ tandem who, among other achievements, made the documentary film and serial “We were world champions”.