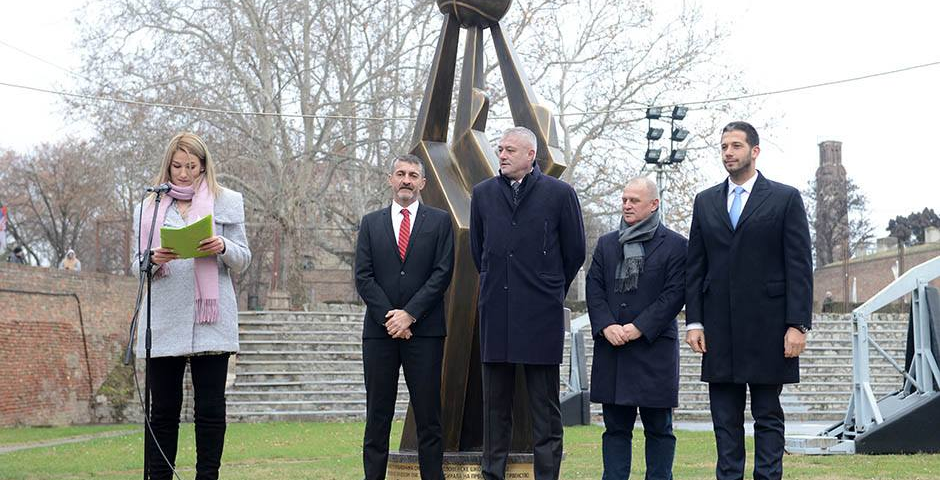 The monument was built on the idea of Aleksandar Miletić and with our initiative in memory of our first basketball team that qualified for the first World Championship in Buenos Aires in 1950. The coach of the team was French expert Henri Hell.

French expert Henri Hell is the only coach that coached four members of FIBA Hall of Fame – Popović, Stanković, Šaper and Nikolić.

It is our great honor that, with the help of all the mentioned officials, we managed to construct this unique monument. In this way, we have shown that we are remembering our past achievements, but also that we are committed to work together for a better future. We hope that the monument will be more than a reminder and that it will became a symbol for comradery.